Light is a wave 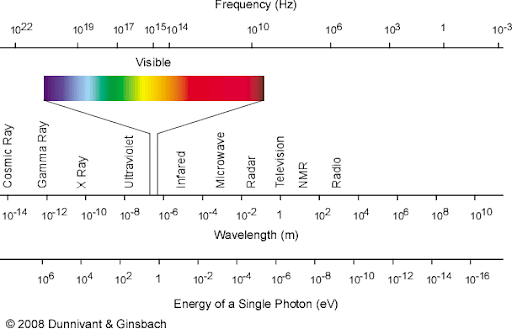 A definition of Numerical Aperture 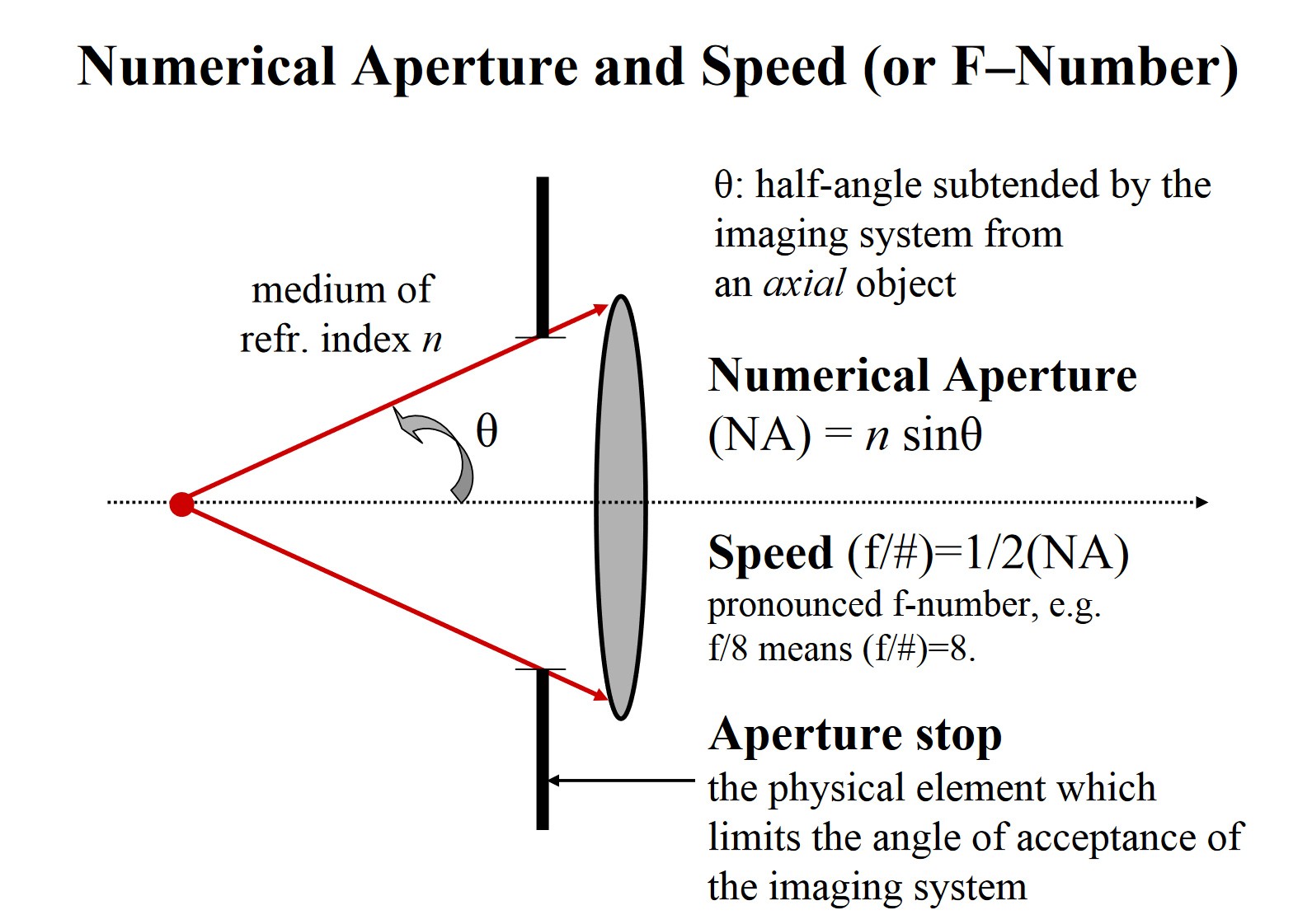 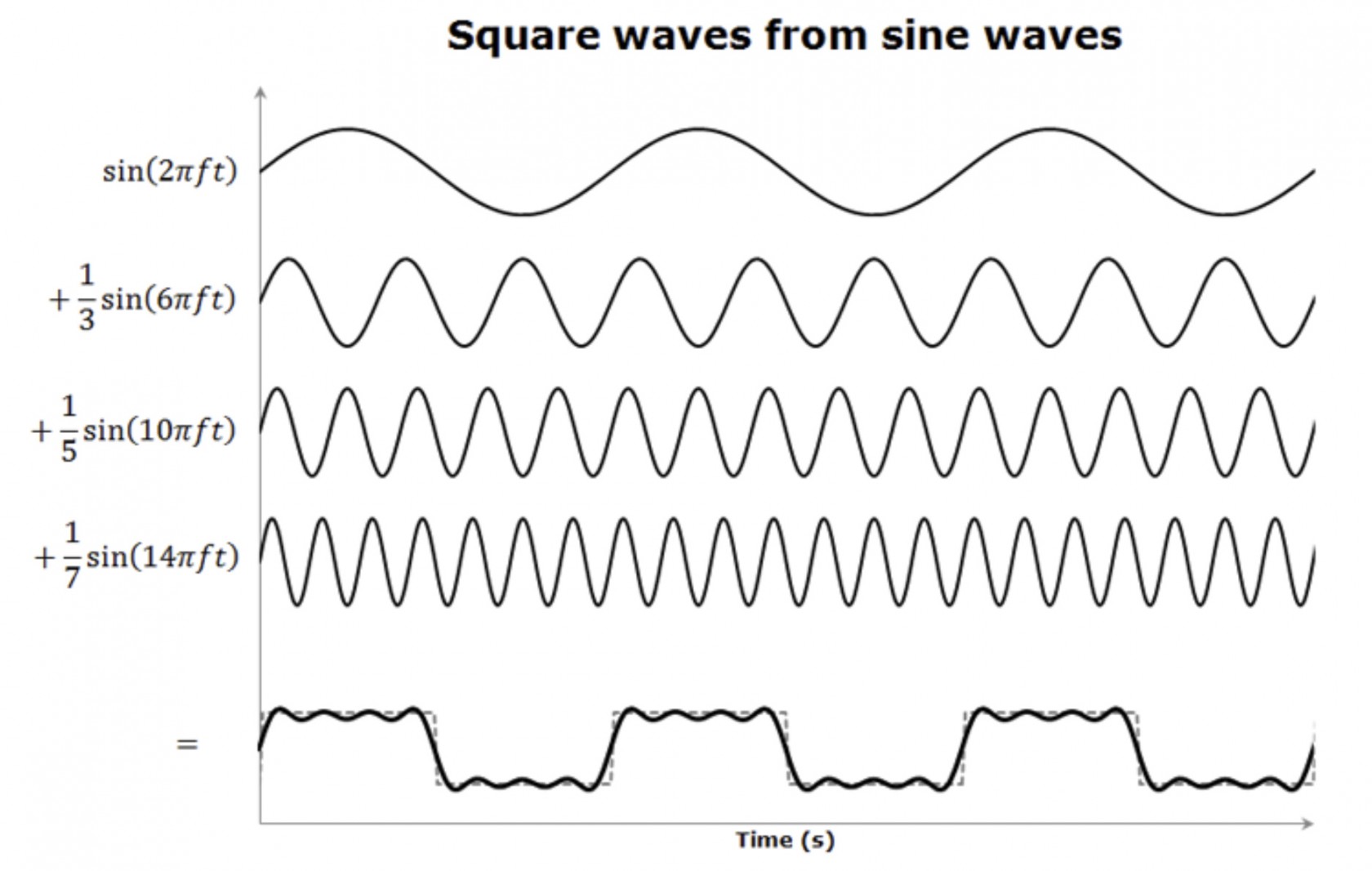 Now we look at a real square wave and frequency space 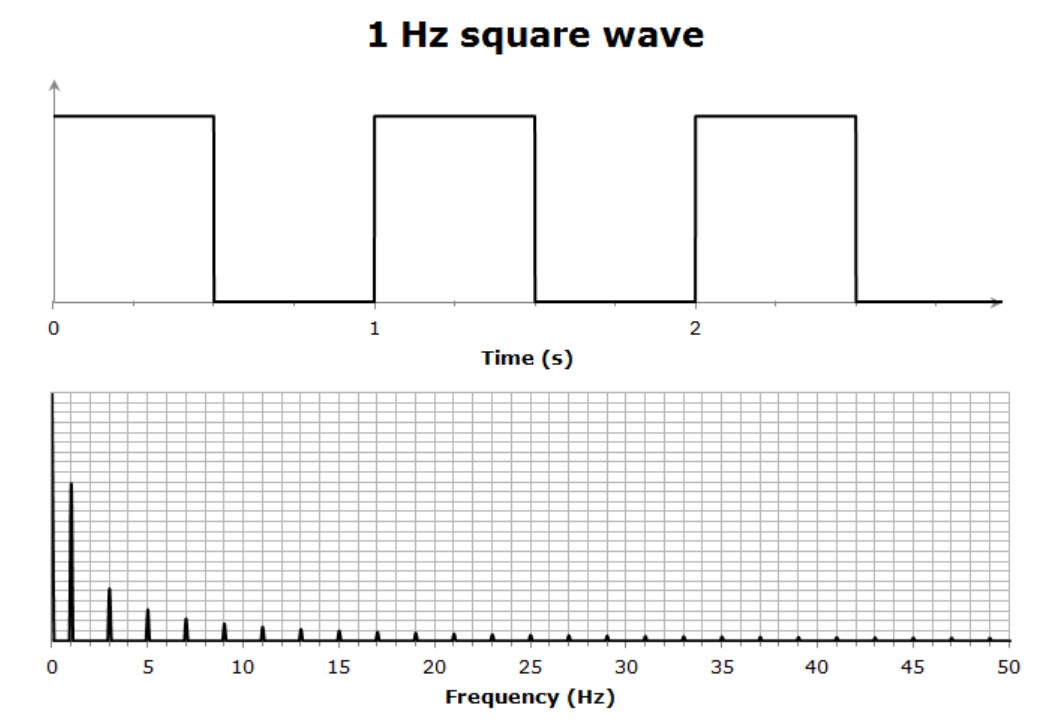 Look at a simple optical system:

on the left we have the mathematical point source know as a delta function.

the intensity at the Fourier plain can be found by taking the Fourier transform of this function. 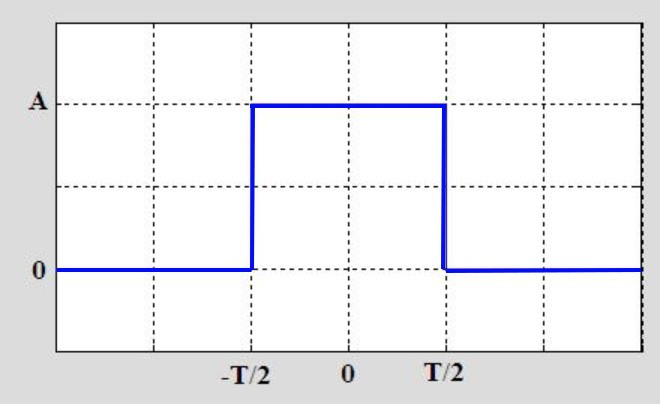 this has the same intensity at all points inside the aperture and zero outside. The second lens is now taking a Fourier transform on a box function the width of the aperture.

Substituting in the definition for NA 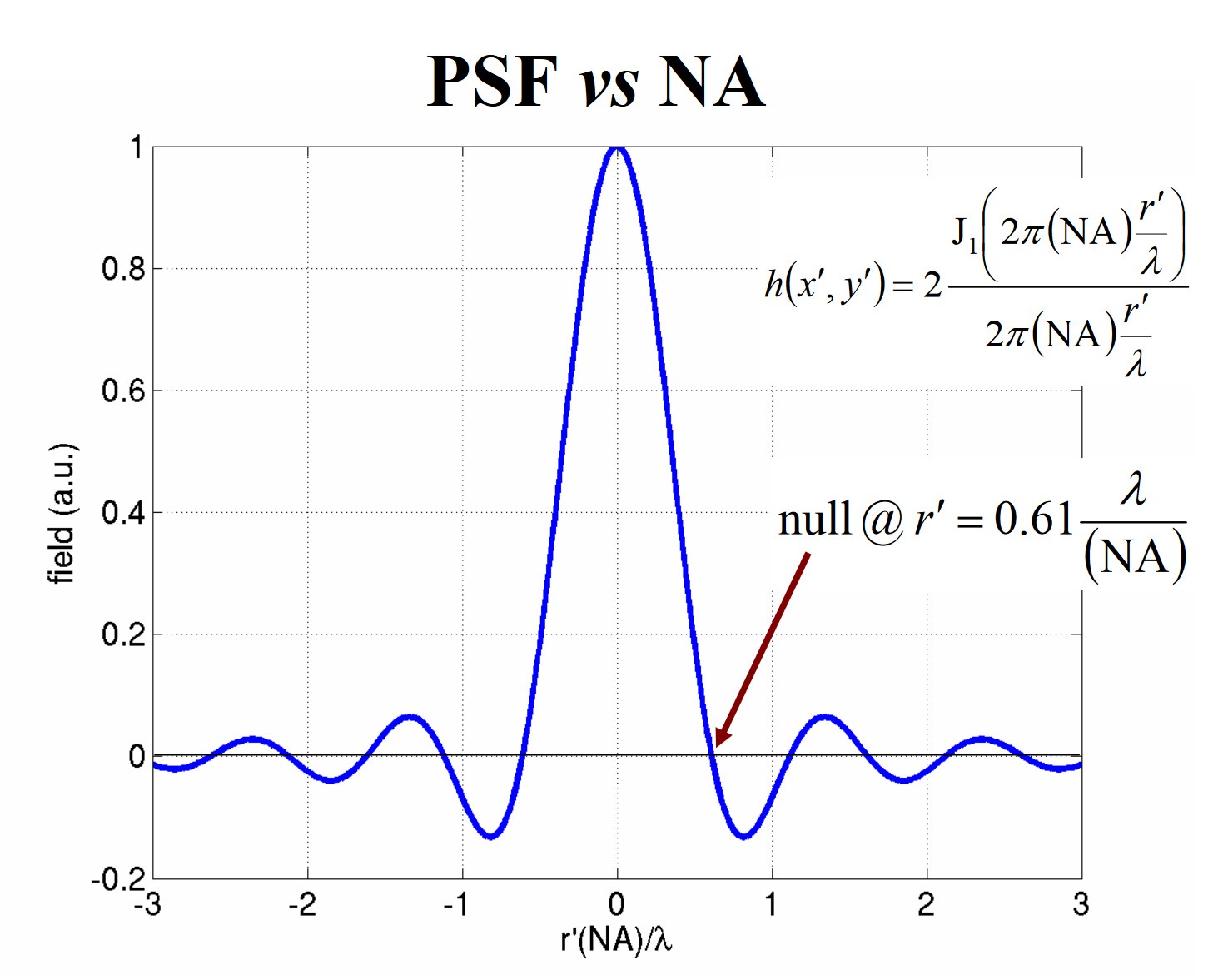 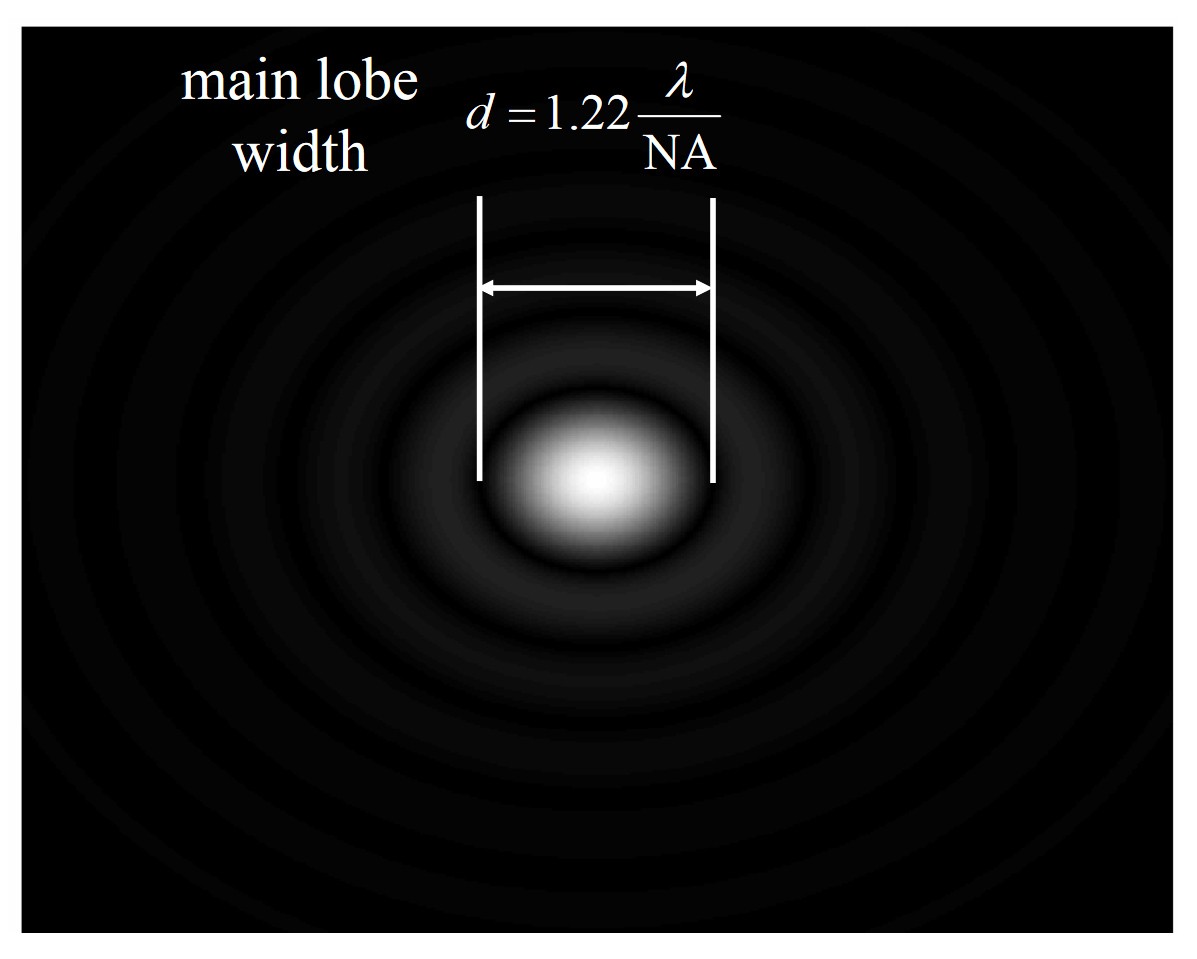 Now we go back to Resolution. How close together we can position two points and still distinguish them 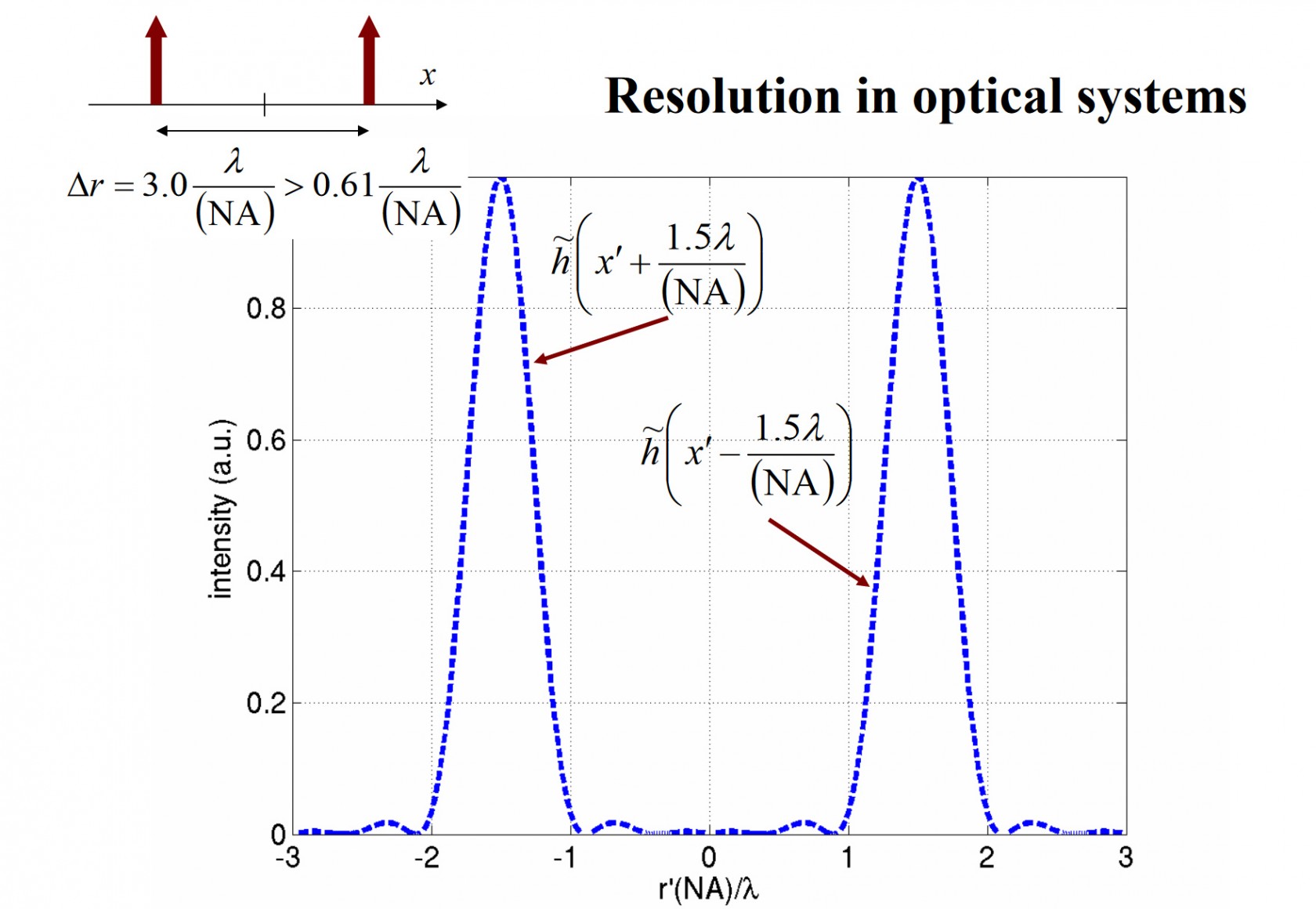 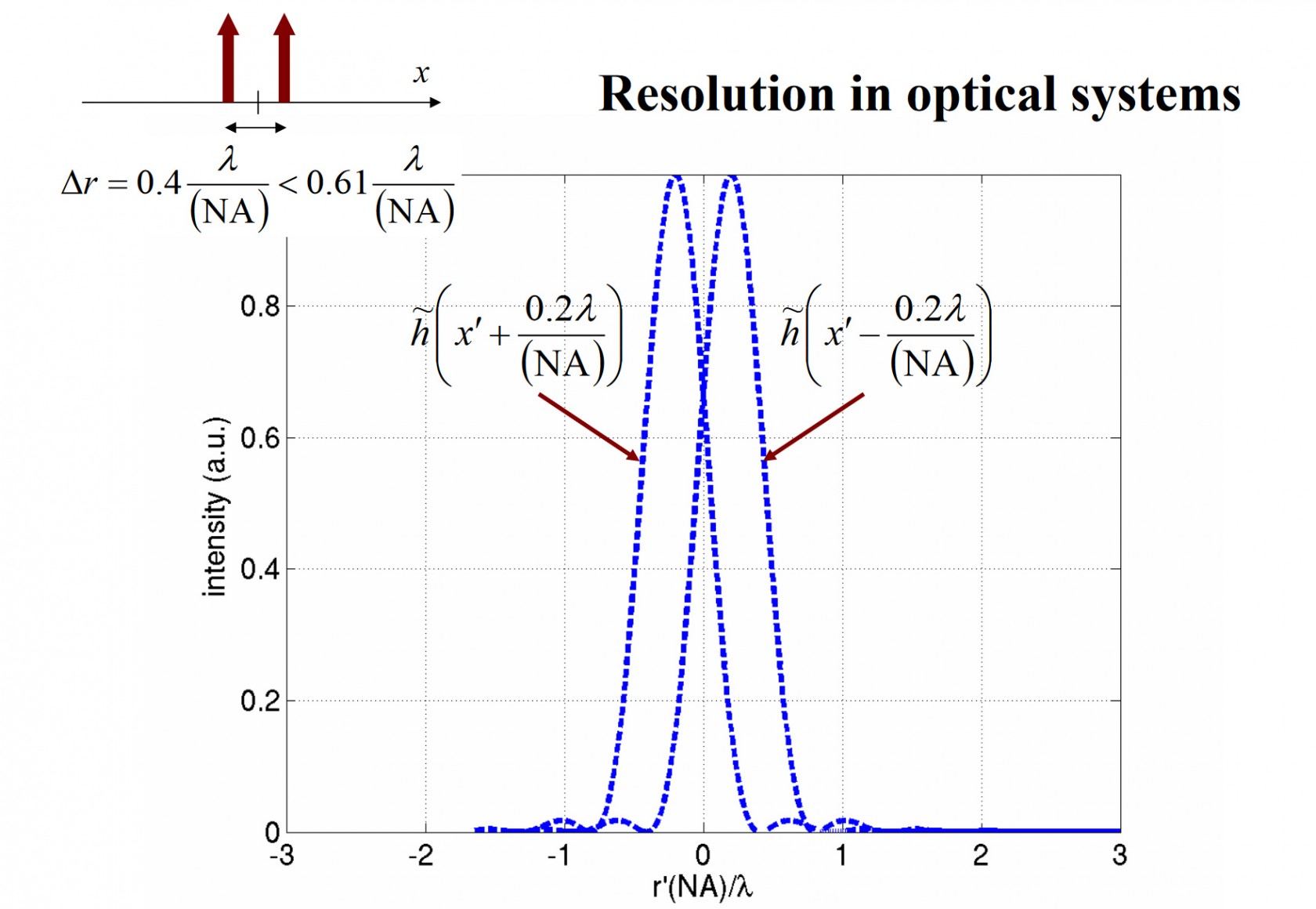 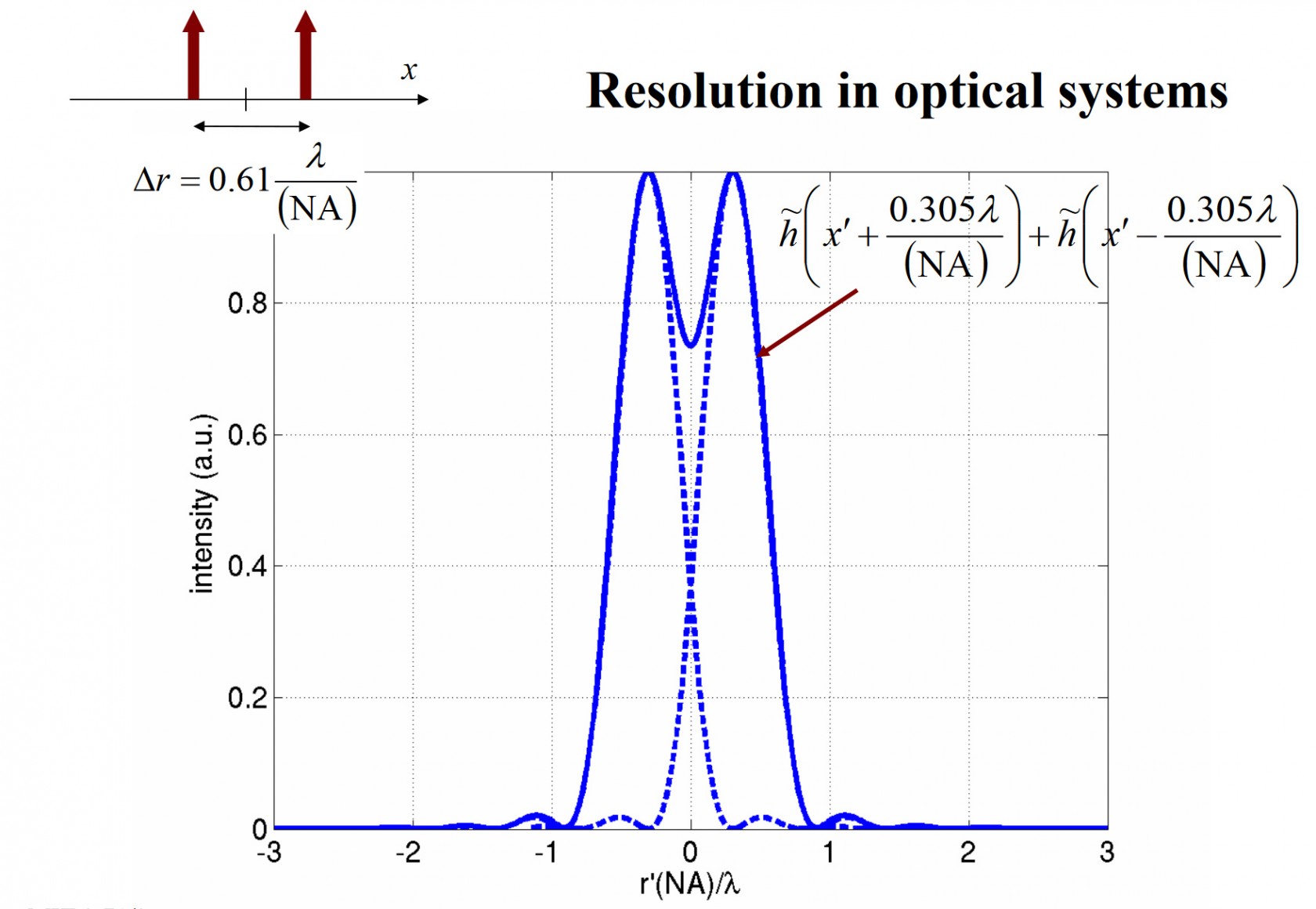 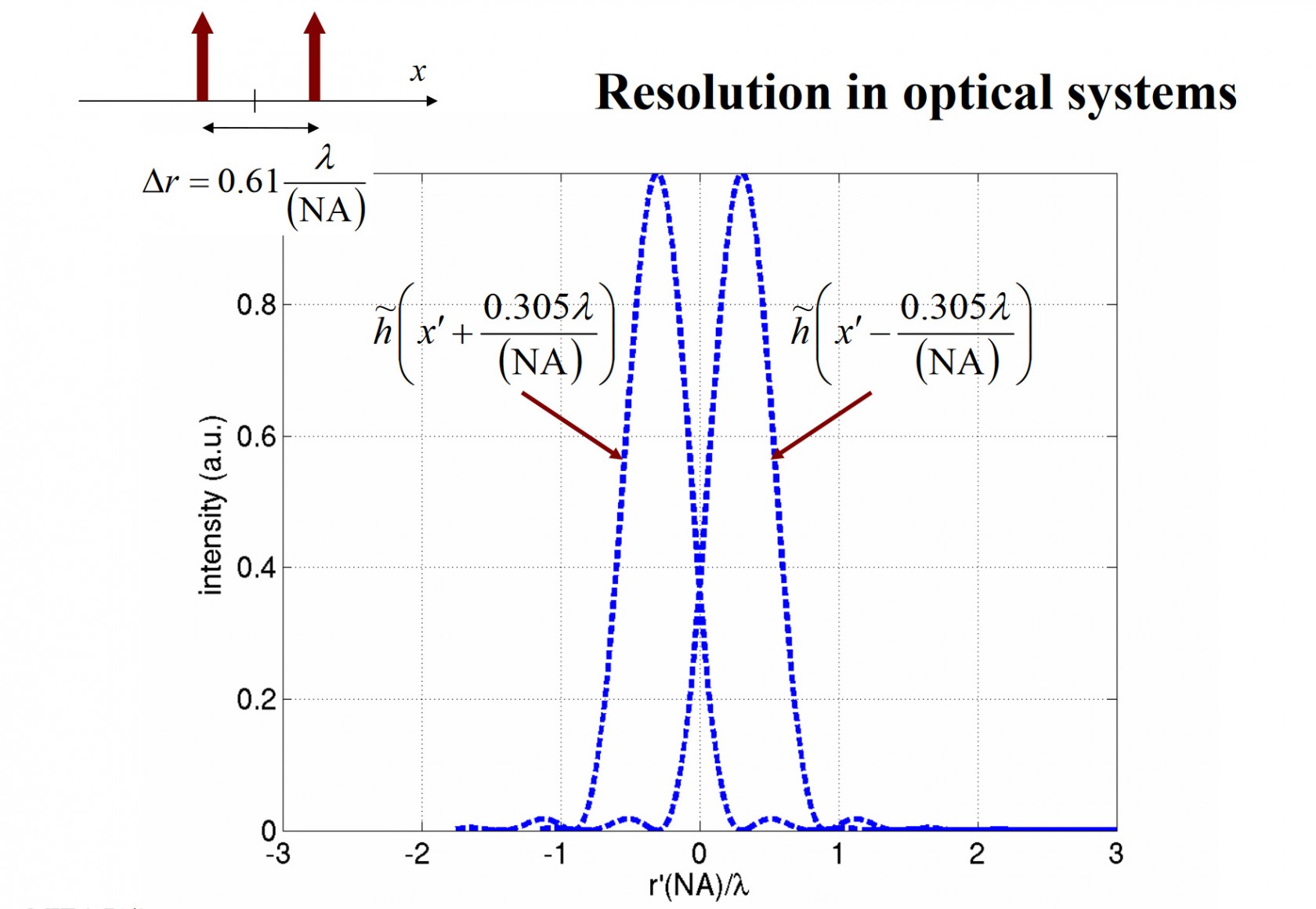 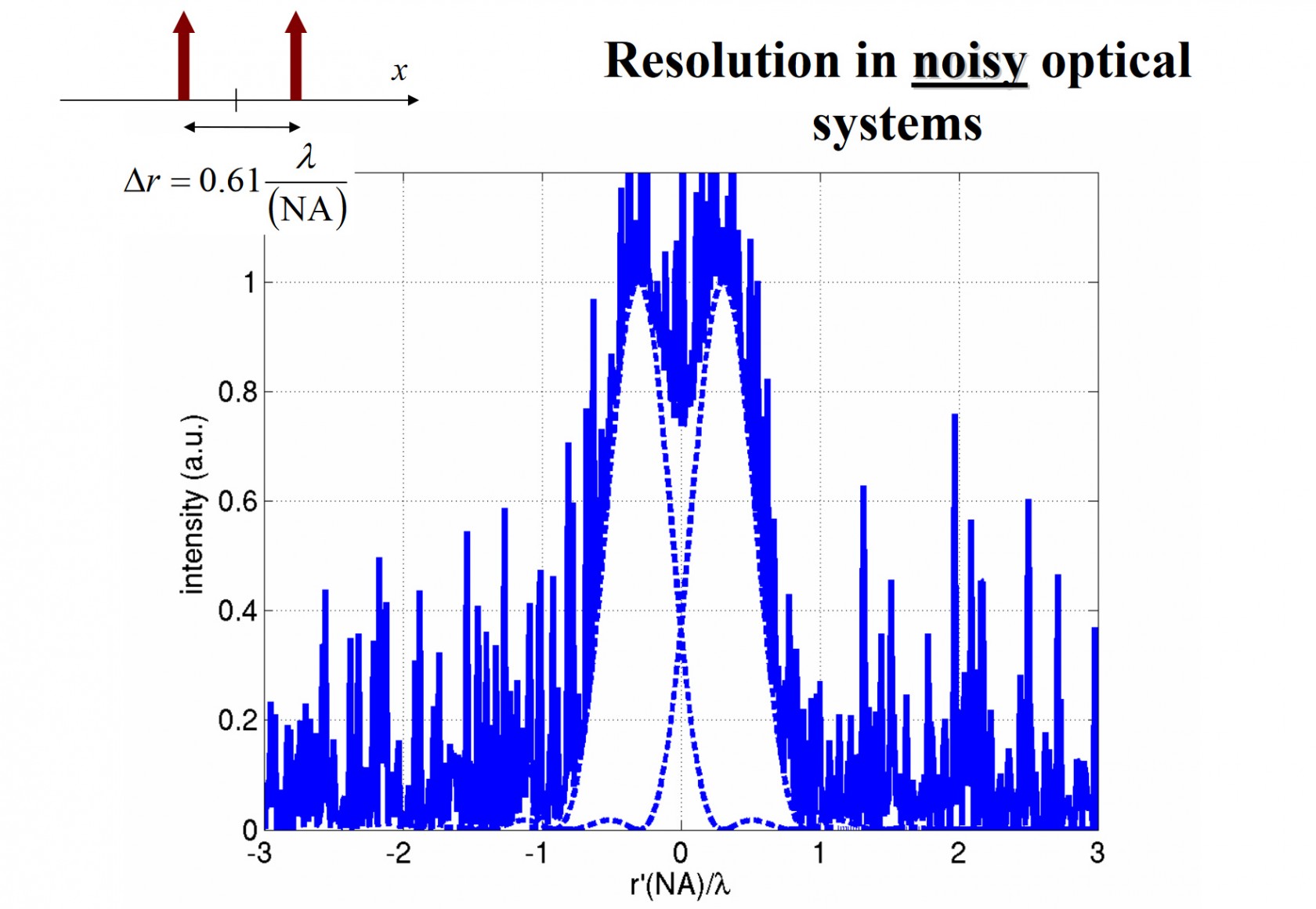 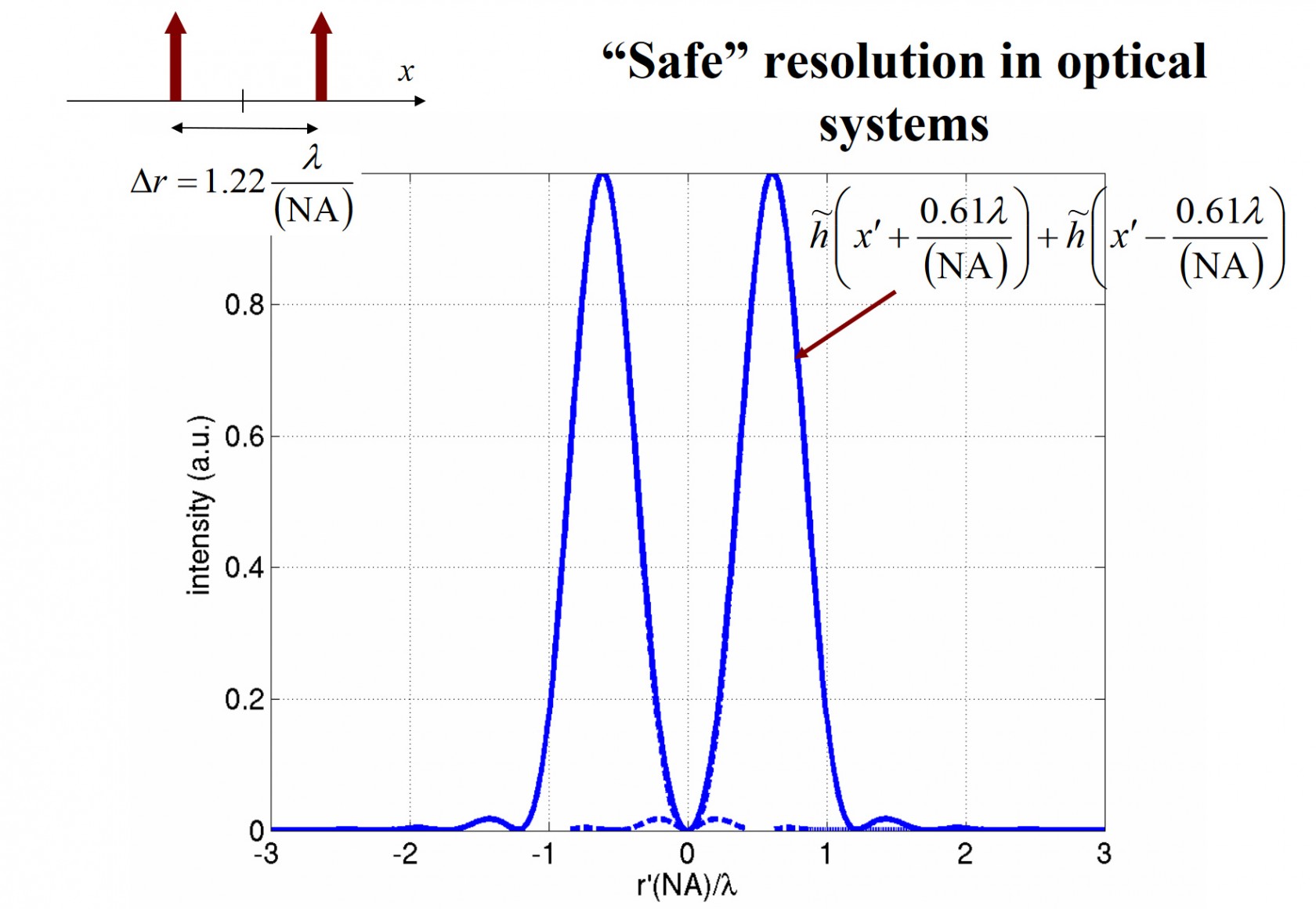 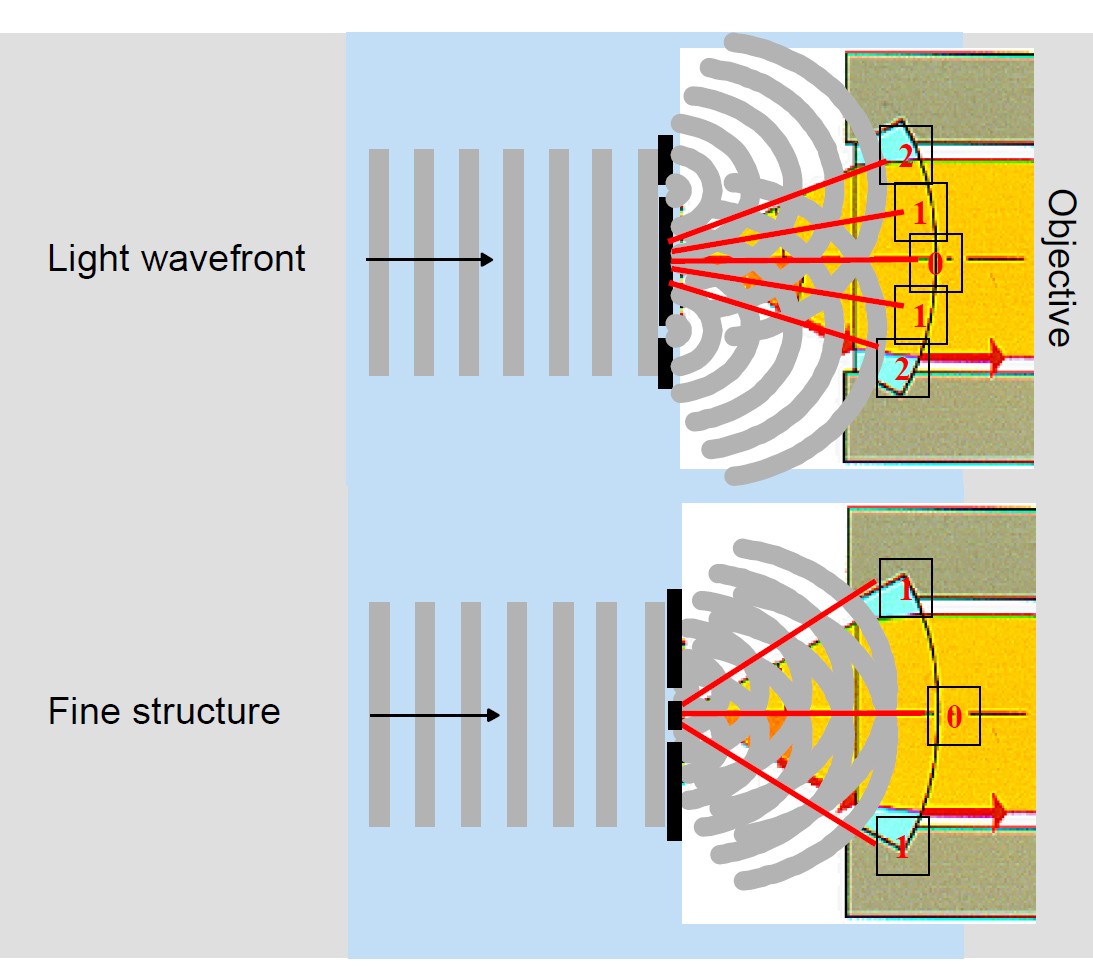 How to Chose the Optimal Objective Dr. Sebastian Gliem