Minflux scans a sample with a doughnut shaped beam when an activated fluorophore is found (red star) in a field of fluorophores in a dark state (circles) the center of the excitation doughnut (green spot) moves in a hexagonal pattern 2D or octahedral pattern in 3D with a spherical excitation pattern, to determine the location of the fluorophore. The search pattern is minimized sequential. 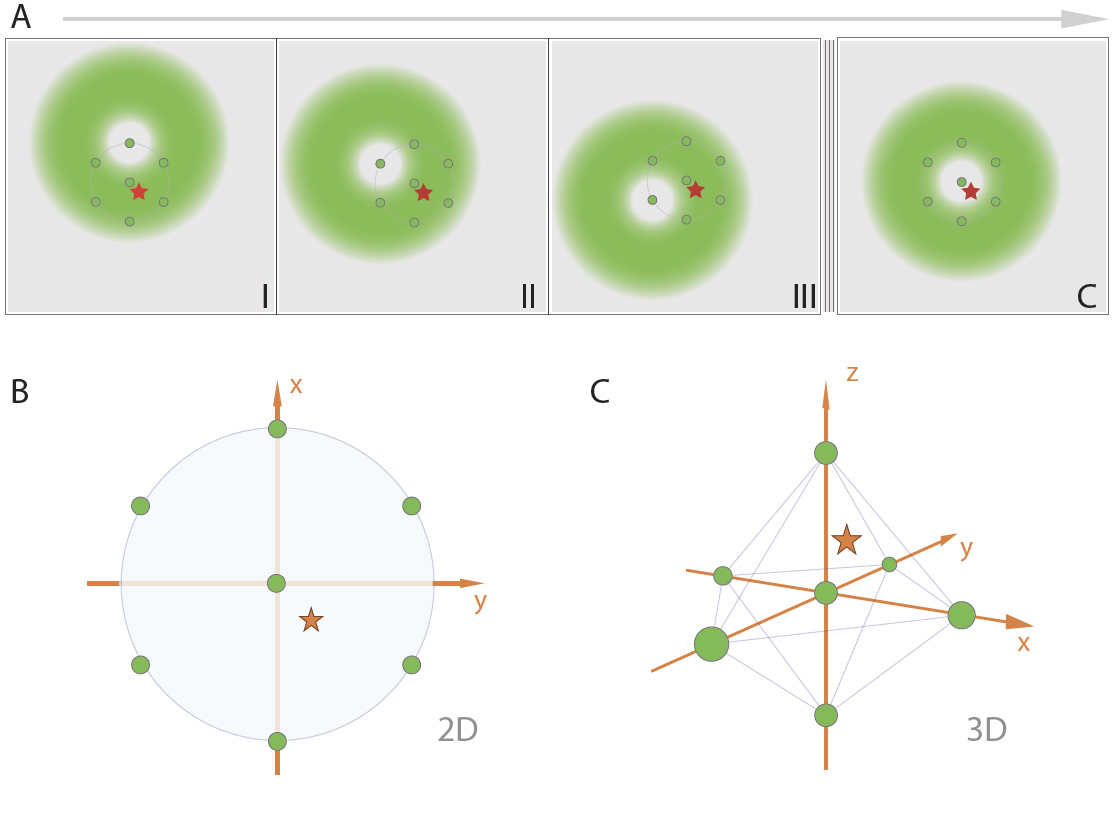 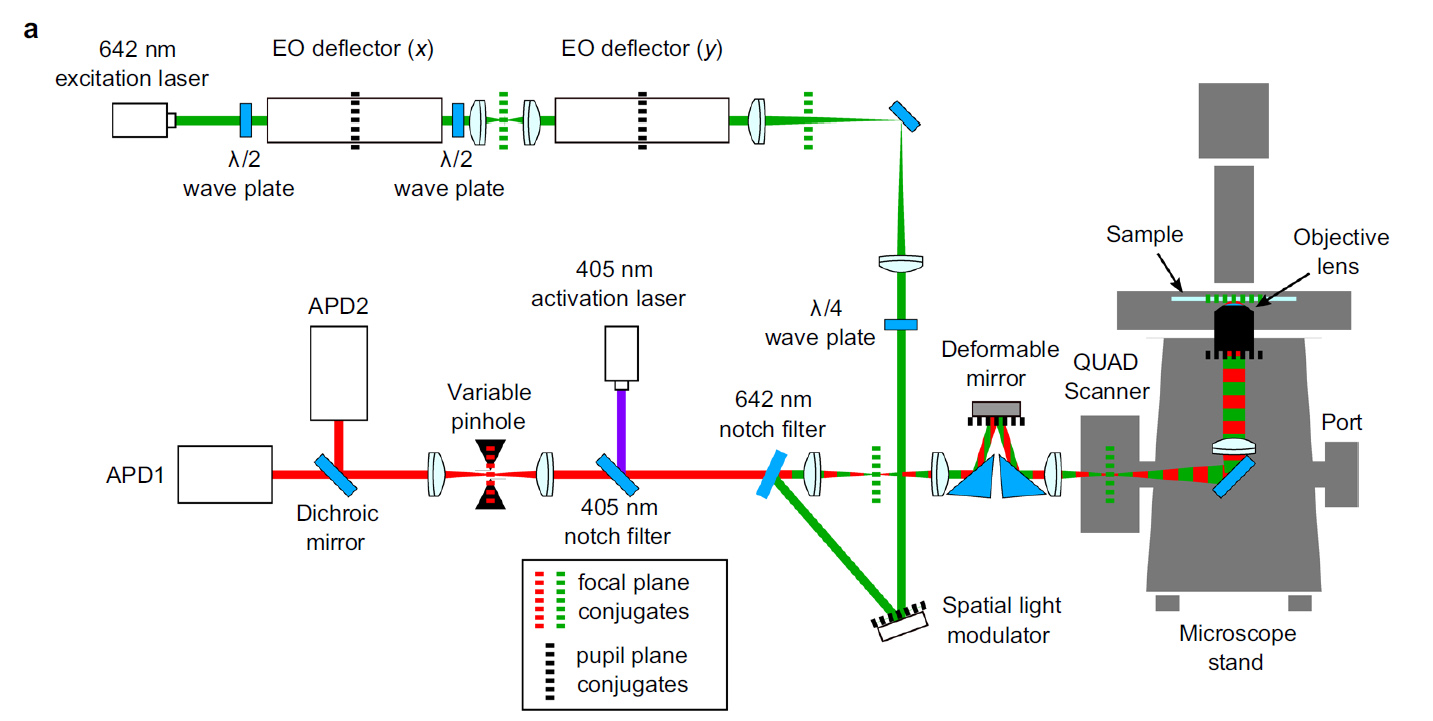 Cells are seeded on 18mm glass coverslips (No 1.5 or 1.5H); or chambered coverslips (no plastics cover slips). Fixation is done as usual (Formaldehyde or Methanol).

Minflux uses labeling techniques developed for dSTORM, so this means that Alexa fluor 647 is common. along with an oxygen scavenging GLOX buffer.  β-mercaptoethylamine (MEA) is used as a blinking agent. Fiducials are also used.

No DAPI or Hoechst staining in sample.  Labeling density should be very low (dilute antibodies 1:500 to 1:1000) to avoid over-labeling.

Sub nanometer stabilization is required to measure the location of a fluorophore to nm resolution. This system preforms to 0.39nm in x and y and 0.6nm in Z. This performance is impressive since 980nm light is used. 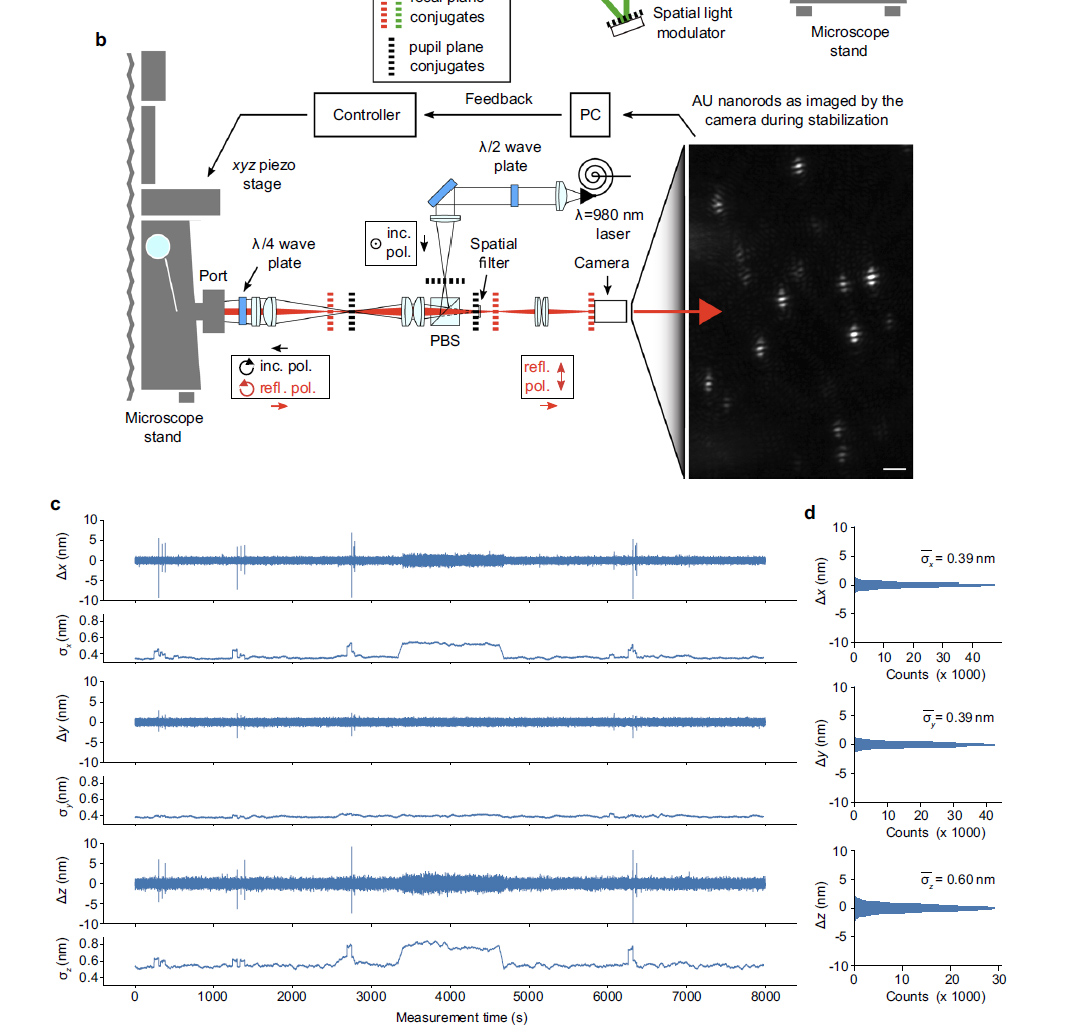 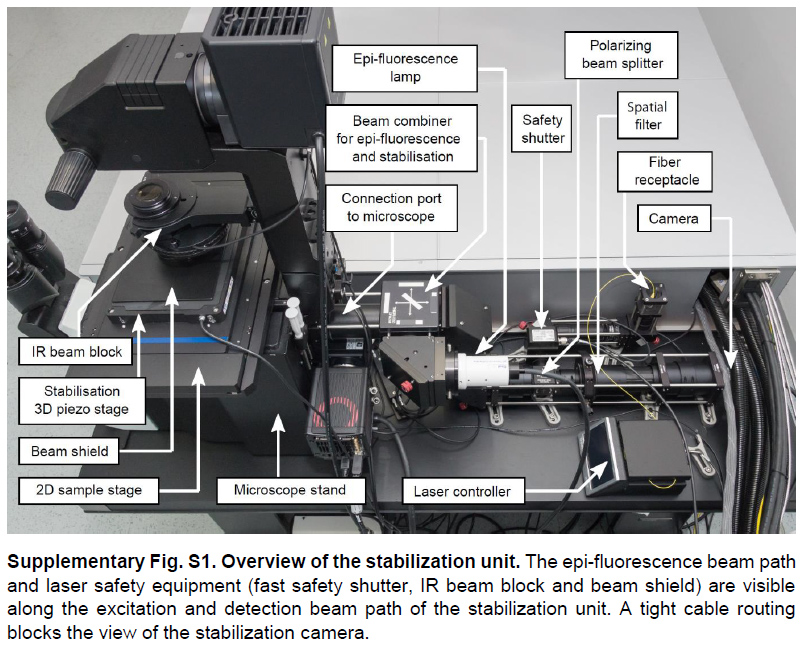